Gozer is doing very well. We took her for a walk just before bedtime that first night and since then she's been eating, sleeping, and playing normally. The stubble on her chin feels really creepy when she licks me but her hair is starting to grow back now.

The vet's office called on Thrusday to check on Gozer's condition and they said that we'd discuss the pathology results for her lump when she has her checkup next Friday. She said that the pathology results don't usually take long - they come back faster than people's results do - and I figured that since the results hadn't already come in, they're most likely going to be ok. It's been my experience that bad results come back super-fast.

I promised you a picture of how silly Gozer looks, and here it is: 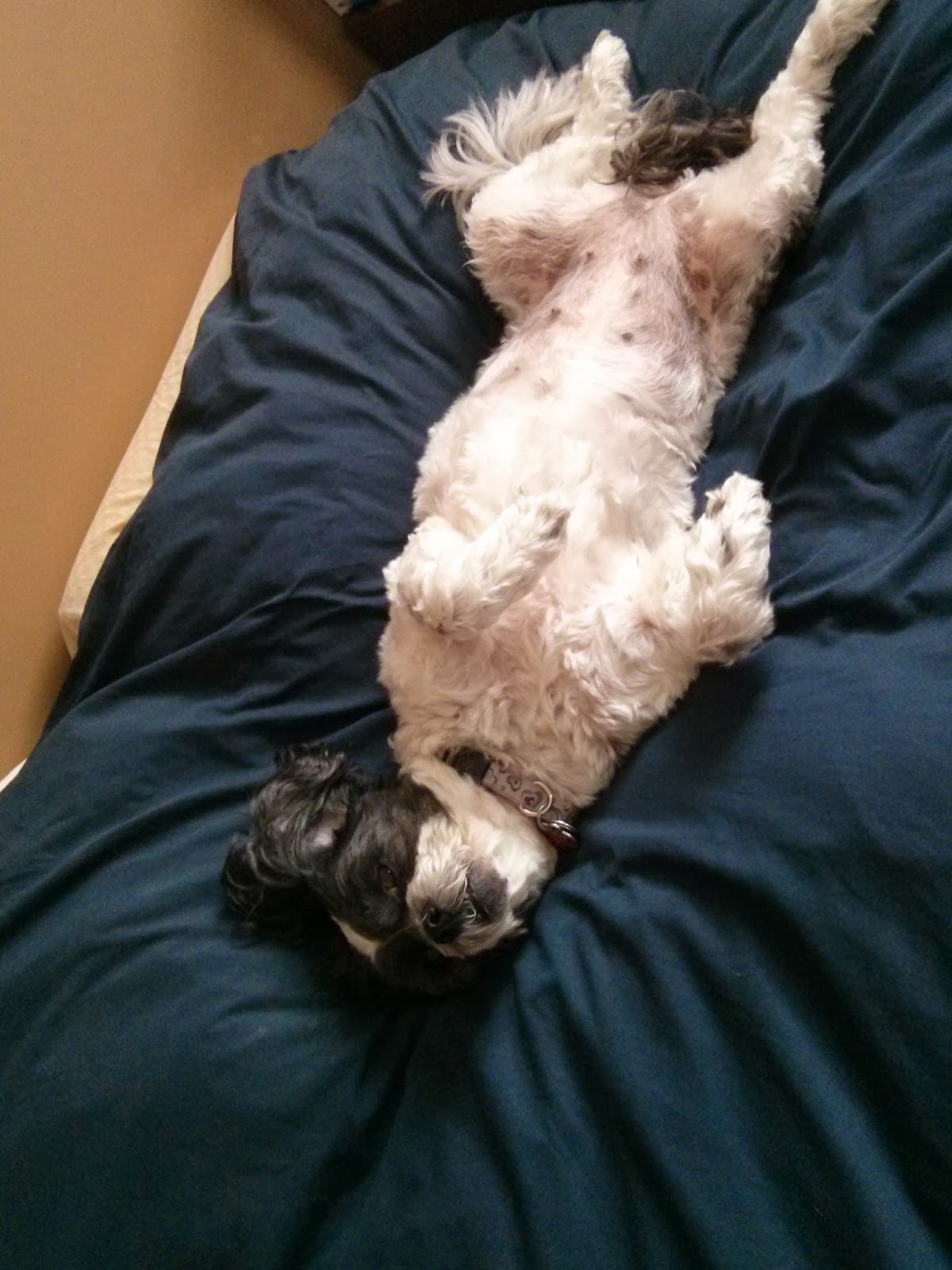 I know that this isn't exactly the kind of silly I'd meant before.... but she does look silly, doesn't she? :) She's on our bed and she's not supposed to be there and as you can see, instead of reprimanding her, I got out my phone and took pictures.

And here's a close-up of her silly-looking chin: 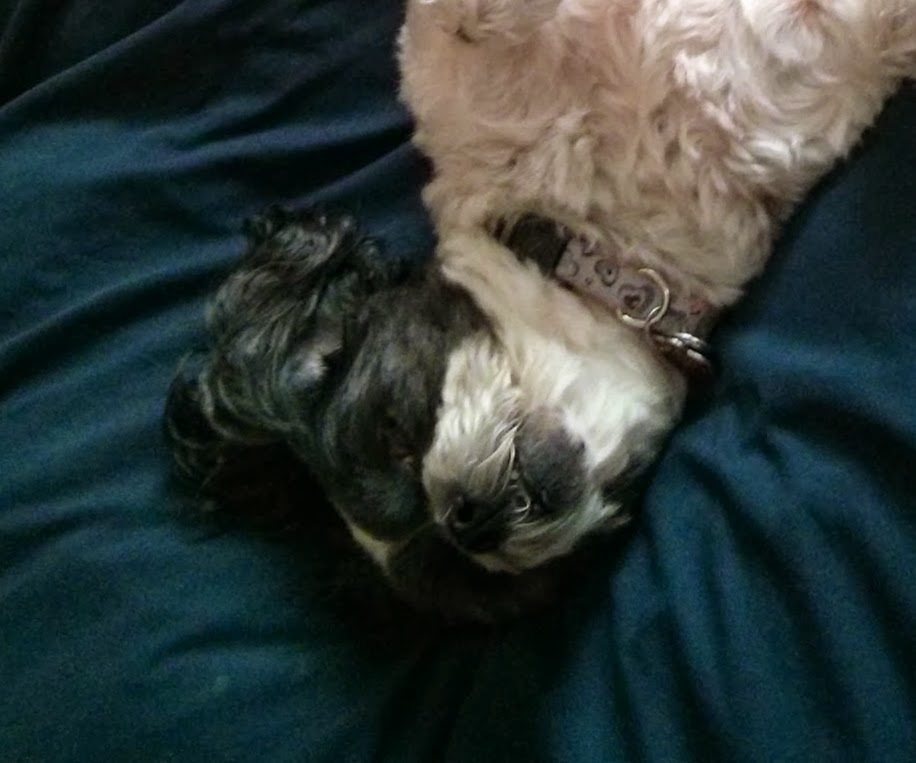 If you look carefully you can see a little black bump on her black chin. That's the stitch where the lump was removed. Normally her chin has white hair (yes, on that black skin - she's got quite a few places where her hair colour and skin colour are different) but as you can see it's black.

In other Gozer news, we're transitioning her food. She'd been eating a food that she didn't like and that she would only eat if butternut squash was mixed in with it. The new food is actually the very last food we can buy for her and as it happens, she loves it. She doesn't even have to have the squash added to it to make it palatable! We've been taking the transition very slowly just to make sure that she's not allergic to it and now that we know she'll be ok, we're ramping up the transition.

so glad she is doing well and enjoying her food too!!